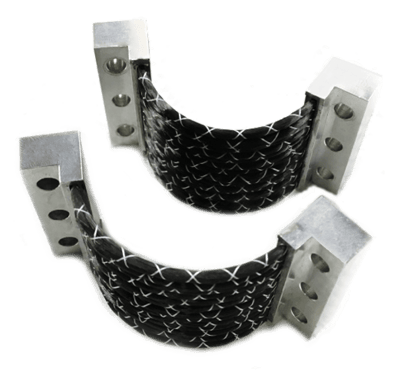 TAI provides the world's only Graphite Fiber Thermal Links/Straps (GFTS®), and the only carbon-based strap standard product lines. GFTS® assemblies are the space industry's standard for lightweight, high conductance, flexible straps, and TAI alone has the graphite thermal link spaceflight heritage required by NASA, JAXA, and ESA.  GFTS® assemblies are used to cool a wide range of products from star trackers, to cryocoolers, optical systems, radiators, electronics boxes and other electrical components on a large number of space flight missions (including the ORION and CST-100 commercial crew vehicles, as well as EnMAP, GRACE-FO, Solar Orbiter, IXPE, and more), and have extensive spaceflight history; setting them apart from all other carbon straps.

GFTS® products differ from Graphene Foil and Pyrolytic Graphite Sheet (PGS) Links (offered by TAI and others) because they offer: 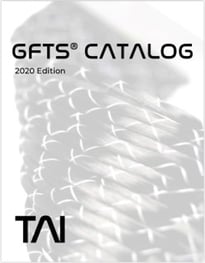 With the introduction of our standard series straps, customers can now choose from 6 standard models (with two different end fitting options), without the additional expense of NRE and Design Fees associated with previous GFTS® prototype programs. As a result, customers—even those with budget-restricted ground based and airborne applications—can now afford a space-qualified, flexible graphite strap product.

To request a copy of the 2020 GFTS® Catalog, click here now.

If you have already selected your standard GFTS® model(s) from the catalog, please complete Thermal Strap Questionnaire and Ordering Form found here:

...And submit the questionnaire to our Director of Business Development at tlink@techapps.com, to receive your quote.

Why Use a Graphite Fiber Thermal Strap?> 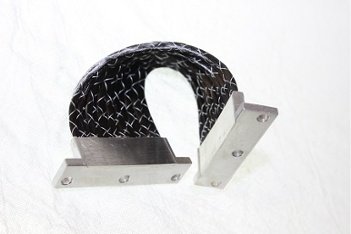 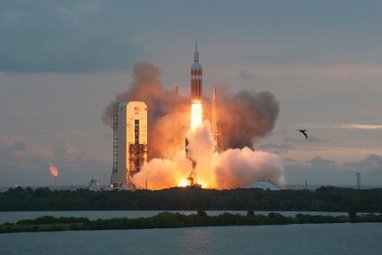 Though graphite thermal straps / "thermal shunts" / "thermal cables" have been studied since the late 1960's, TAI alone, perfected and fabricates the only graphite fiber thermal strap products.  We began research on, and built our first GFTS® in 1996, and were later awarded USAF SBIR Ph I and follow-on Ph II programs (in 1996 & 1997), to further develop GFTS® and thermally-conductive vibration isolation technology for cryocoolers.

TAI manufactures our GFTS® product using our GraFlex bundles (GraFlex I and II), and our new GraFlex III Woven Graphite Fiber Sheet (made from graphite fiber with thermal conductivity of 800 - 1,000 W/m-K). Each GraFlex bundle consists of thousands of individual carbon fibers wrapped with a special polyester cord for support. These graphite fibers have 2.75 times the thermal conductivity of copper at room temperature and one-quarter of the density. Therefore, on a thermal conductivity/mass basis, they are twelve times more weight-efficient than copper, and over six times more weight-efficient than aluminum.

sink. The graph below shows the temperature-dependent thermal conductivity of the graphite fiber in comparison with other typical thermal strap materials. End fittings are made using a variety of materials (though aluminum is the most common choice for most applications). All GFTS® assemblies are made using only NASA-approved, extremely-low outgassing materials, making them ideal for contamination sensitive applications. 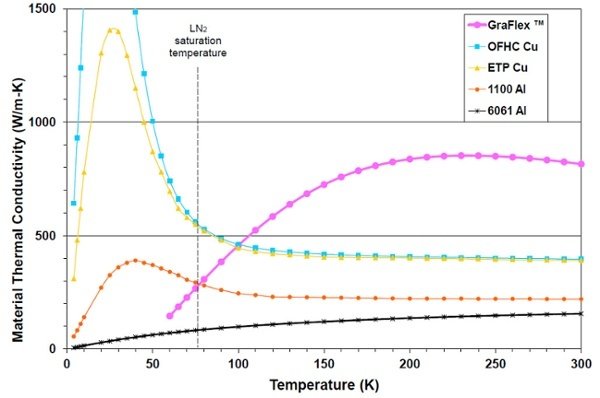 GFTS® assemblies have undergone extensive testing and qualification under severe environmental and launch conditions. If your program requires stiffness, shock, vibration, or other types of qualification testing, our team is happy to work with you to develop your SOW and spec accordingly. In the table below, you can find examples of some of the testing extremes which our straps have undergone in previous space flight programs. 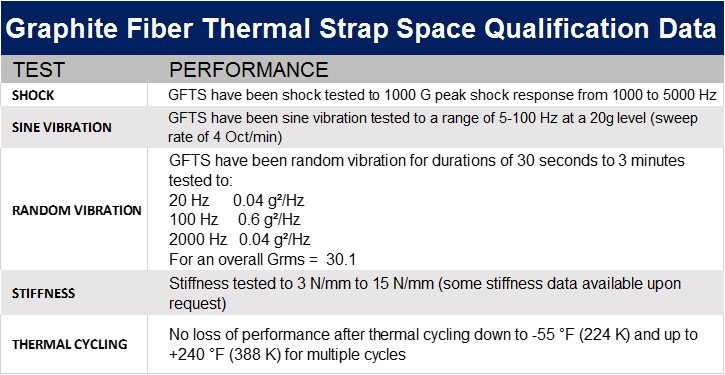 Flexibility and stiffness have long been a concern in thermal straps used in satellites and other aerospace applications.  To see videos of our GFTS flexibility demonstrations, click here now.