TAI's News Page provides updates on important aerospace, commercial, and research programs using our thermal strap products, and covers other helpful topics including: how to draft strap specifications and SOW's, helping you through the strap design and ordering processes, and notices regarding our new thermal strap catalogs, products and offerings. Come back for more updates on successful customer programs, and news & pictures from TAI and our customers.

NOAA's GOES-S Satellite Launches Today with TAI's CuTS® On Board!


TAI is proud to announce our custom Copper Thermal Strap (CuTS®) products have just been launched into orbit on NOAA's GOES-S Satellite. Tens of thousands watched this afternoon as ULA launched the satellite with Atlas V rockets (see the launch live in the NASA TV YouTube channel below):

TAI provided prototype and flight model (FM) copper thermal straps to Lockheed Martin for GOES-R, S, T, and U (in 2015 and 2017), and we are thrilled our popular CuTS® products now have even more spaceflight heritage.

GOES-S is the second of the next generation of weather satellites operated by NOAA. The next satellites of the series will extend the availability of the GOES (Geostationary Operational Environmental Satellite system) until 2036 for weather forecast and meteorology research. The satellite was built by Lockheed Martin, was based on the A2100A platform, having an expected life of 15 years (10 years operational after five years of standby as an on-orbit replacement). 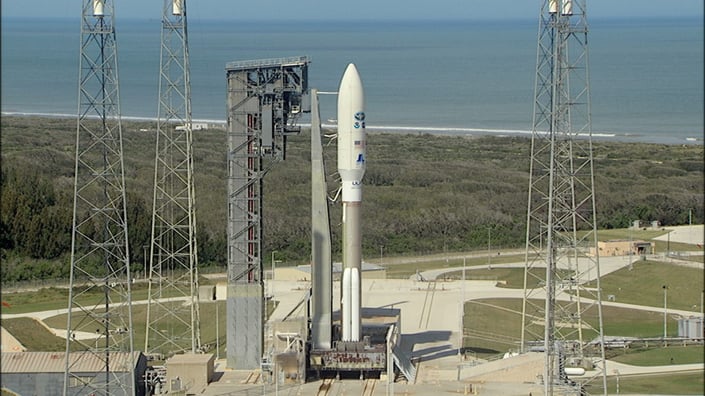 NOAA's GOES-R series satellites were designed to improve the forecasts of weather, ocean, and teh environment, by providing faster and more detailed data, real-time images of lightning, and advanced monitoring of solar activities and space weather. GOES-S can collect 3x more data at 4x image resolution, and scan the planet five times faster than previous probes.

GOES-S has the same instruments and capabilities as GOES-16 (currently serving as GOES-East), and will complement its work by scanning a different area of the world. GOES-S will become GOES-West and cover the west Coast of US, Alaska, Hawaii, and much of the Pacific Ocean. These two satellites will monitor most of the Western Hemisphere and detect natural phenomena, like hurricanes, wildfires, and fog in almost real time.

To learn more about TAI's thermal straps and their spaceflight heritage, visit our CuTS and GFTS pages, or call us today!